Readers should buckle in for a nonstop ride full of terror and pathos as a number of students - including the sons of both the Secretary of the Army and the newest Supreme Court justice - go missing from the Yale Campus, and attention focuses on the fortress-like tomb of one of Yale's secret societies. Similar Series From NoveList. Similar Titles From NoveList.

Similar Authors From NoveList. In a riveting new novel of psychological suspense, Stephen White shines a brilliant light on the darkness that hides just beneath the surface of ordinary lives, on the fears that cripple us and the prisons we create—prisons of the body, mind, and spirit.

The Deadly Gentlemen "Roll Me, Tumble Me"

A thriller of runaway tension, taps into our most closely guarded fears, taking us on a harrowing journey into a realm of terror and pain, of love gone wrong and vengeance gone mad. Psychologist Alan Gregory is living through a season of discontent. But Gregory has two new patients who will drag him out of his introspection—and dare him to enter a storm of injustice and revenge.

FBI special agent Kelda James is a hero, a woman who as a rookie agent made a choice, drew her gun, and saved a life, taking another. Now Kelda is hiding from the world a secret pain that is gradually crippling her body—and she has turned to Alan Gregory to help free her from the prison of her pain.

Then Kelda refers a patient to Gregory, who is terrifyingly dangerous to them both. With both Kelda and Clone telling him their innermost secrets, Alan Gregory becomes the one person who can piece together an extraordinary puzzle—of two unsolved violent deaths of vulnerable women, of a man who may be innocent or may be very lucky, and of the strange, fatal attraction between two people trapped in a horrific plot to get revenge—at any price.

A thriller that delivers a stunning body-blow of a surprise ending, captures lives colliding at unpredictable angles, probing the dangerous lies people tell to each other and themselves. In this astonishing work by a novelist at the height of his powers, Stephen White brilliantly blends thrilling action and breakneck pacing with unrivaled insight into the human mind, heart, and psyche. Warning Signs. Soon her privileged exchanges convince Alan that a crime is about to be committed. And when he uncovers a shocking link to the D.

As the minutes tick down, Warning Signs explodes into a gripping story of crime and punishment, tragedy and retribution—and of human beings caught in the shattering cross fire of forces beyond their control…forces sometimes within themselves. The Program. They were wrong.

Now Kirsten is living in fear, telling her secrets to psychologist Alan Gregory … and hiding deep in the Witness Protection Program,where every stranger is a threat, every phone call is a menace. Until she realizes … The Program is the deadliest place of all. Cold Case. It was a cold case…The unsolved double murder of two teenage girls. They vanished on a crisp autumn night more than decade ago.

Their mutilated bodies were found the following spring beneath the melting snow of the Colorado Rockies.

Meanwhile, Gregory gets help from his devoted wife, who suffers from MS, and from a police buddy, Sam Purdy. Initial single-killer theories soon give way to a deliciously sick, Helter Skelter explanation that has the murders being conducted by a troupe of bloodthirsty performance artists, but the author lets that one go in favor of plot convolutions that wend in more pedestrian directions: Everything seems to hinge on the circumstances surrounding that brushfire.

There is some good fun along the way, including a memorable cement-mixer chase scene and a few extra murders, but White spends far too much time filtering the investigation through Gregory's nebbishy perspective for matters to get properly thrilling. Then there's the ceaseless shilling for the virtues of Western landscape, plus an annoying interweaving of the play Miss Saigon with the book's story.

Not a huge disappointment for Gregory fans, but certainly a test of their patience. A thriller whose characters possess such psychological complexity that readers become as preoccupied with plumbing their depths as with figuring out whodunit. Filing a sexual harassment suit is difficult enough, but matters become extra-complicated when Teresa Crowder points the finger at Blythe Oaks, the female senior clerk of the first Mormon Supreme Court justice, Lester Horner.

The Utah residents featured here are not polyester cutouts but people with diverse lifestyles and varying religious zeal; there are so many hints of unrevealed psychic levels that few characters are above suspicion. Knowing that the stalker is female, the reader re-examines the featured women: Are Teresa's historic disappearances during times of trouble now a screen for murderous actions? Could Robin's dissatisfaction with her husband be an indication of homoerotic desires?

Is Blythe's college classmate's fondness for flowers a link to the blooms that the stalker leaves for her? Similarly, knowing the killer to be a man with a dog, the reader looks twice at: Robin's Mormon-sympathetic husband; the not-so-saintly Latter-Day Saint Lauren meets at a pool hall, whose drinking bouts make him unpredictable; and Justice Horner's old friend, who may kill to maintain the reputation of the Church. Lauren and Robin shelve the harassment case as they conduct their own murder investigation, aided by Alan, who sleuths with his policeman pal Sam Purdy while on their Slickrock mountain biking trip an excellent opportunity for readers to take a spin through the Southwest.

White defies stereotypes to produce some of the subtlest and most teasing red herrings ever. If White is to be believed, clinical psychology ranks as a dangerous profession right up there with police work, firefighting, and livery-cab driving. But even if the murderous mayhem that psychologist Alan Gregory stumbles into here strains credulity, it makes for a captivating if convoluted thriller—lighter, swifter, and far more involving than Gregory's debut, in Privileged Information White, himself a psychologist, starts fast, with the invasion into Gregory's Boulder office of a crazed man holding a gun and a hostage.

Within minutes, three people are dead—the gunman, shot by arriving cops, and his two victims: his hostage, who's the divorce attorney for the gunman's estranged wife, and that wife, who'd been in session with Gregory's partner. What seems like a simple case of a divorce gone violent gets complicated when it turns out that the slain wife was to testify at a grand jury—and when Gregory who narrates drives his girlfriend, A. Lauren Crowder, to speak to another grand-jury witness only to have that witness's house explode as Lauren approaches it.

To investigate these killings, Gregory hires on as a consultant to a local pathologist, a gumshoeing role that plunks him into a puzzle that—-tying into break-ins, blackmail, a plane crash, that grand jury, child porn, and further murders—becomes so complex that White kindly works in a plot recap every few chapters. Even readers dismayed by the dense mesh of plot, though, will relish the superb action scenes and many richly drawn characters—from MS-stricken Lauren to what turns out to be several villains to, above all, Gregory himself, who tells his tale in a mix of bewilderment, self-doubt, and bravado that's simply fetching.

Far too busy, but Gregory's eager and ever-appealing analysis of the whacked-out action and its players makes it all worthwhile. Book us for another session, please. A psychologist suspects a patient of murder but can't speak out because of therapy's seal of silence That's the nut that White, himself a psychologist, gnaws to a pulp in his slow and somber first novel.

Boulder therapist Alan Gregory, who narrates with a maximum number of two-dollar words, is enduring a dark year: His wife has left him; and now one of his patients, Karen Hart, has killed herself, leading to an investigation of Alan for possible sexual misconduct and a likely lawsuit by Karen's parents.

Then Alan's year turns really black: another patient dies in an auto accident; a third is murdered; his practice thins out; and, to cap it off, his dog is run down by a car.

A new love affair with pretty Deputy D. Lauren Crowder sparks a little light, but soon Lauren confesses she has MS and in any case doesn't trust men; besides, she's angry that he won't divulge details of his sessions with Karen or the other victims. And Alan is chafing against that ethic as well, especially when a creepy new patient, Michael McClelland, begins to harass him trailing Alan to Mexico, vandalizing his car and to appear—mostly from evidence Alan gathers by some clumsy amateur sleuthing—the likely killer of Alan's murdered patient. 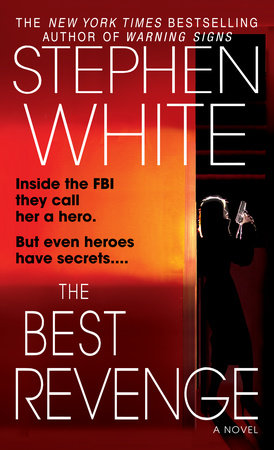